Hon. and Past President Society of Graphic Fine Art, AOI

Born in London Jo cannot remember life without drawing or without the excitement of living near the Thames. Being an inquisitive youngster led to a scientific training at Exeter University and a PhD at Imperial College, London, followed by a career as a Biologist in the water industry. However, all spare time was devoted to drawing and experimenting with colour. In 1990 with encouragement from Berkshire School of Art, Jo was accepted as a member of the Association of Illustrators. Commissions from advertising, magazines, and corporate and private clients followed.

Creating a suitable image according to the client’s rules can be demanding, but accepting the challenge often led Jo to discover fresh approaches and new subject matter. Painting four deep space images for Associated Aviation Underwriters Inc. expanded Jo’s horizon, requiring different techniques and a fresh approach to composition and colour. The nature of these paintings led Jo to experiment with abstraction related to landscape and still life, and to an invitation to give a solo show at the European Space Agency’s Technical Centre in Noordwijk in the Netherlands in 2001.

Jo retains her enthusiasm for natural forms and landscape, but sometimes drawing in a very representational way sparks an idea for a more imaginative work. Enjoyment of drawing is reflected in Jo’s continuing involvement with the Society of Graphic Fine Art, a Vice President from 1999 and more recently President, an executive role from which she stepped down in 2014, after one of the Society’s most successful years. Within twelve months Members organized six exhibitions countrywide from Yeovil in Somerset to St. Helens on Merseyside. Jo was delighted to accept Honorary Membership later in 2014.

Courses of the tutor 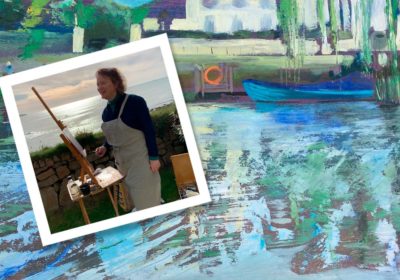 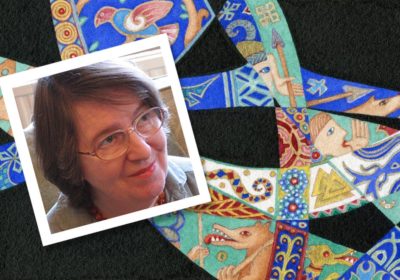